Peer-to-Peer Violence in the light of HS

Peer-to-peer violence is another aspect which is important to be considered through the prism of human security. It is particularly significant because it is the violence among the youngest members of the society – if they show violent forms of behaviour towards each other, it is likely they will also exhibit such forms of behaviour later in life, in other contexts (in the family, in the workplace, in the community).

Researches on peer-to-peer violence in the region of Western Balkans indicate a high prevalence of various forms of violence among children and youth (Popadić, 2007; Bajramović, M, Stančić, S, 2014; UNICEF Montenegro, 2013) particularly in schools which should be zones of safety for physical, mental and social wellbeing of children, space devoted to knowledge and socialization. Research conducted by the Citizens Network for Human Security revealed  that many young people experience intense psychological pressure ‘to perform and conform’. The most frequent form of peer-to-peer violence in schools is psychological. It includes verbal violence (teasing, swearing, insulting and humiliating, threats, blackmailing and manipulations). It is more common among girls, while male students are more prone to get into physical fights. The increasing use of the Internet, apart from numerous benefits, made a new channel through which violent forms of behaviour may exhibit. Social networks are a new space for manifesting primarily psychological violence among peers.

Many of the acts of violence documented in this research have a symbolic dimension. They affect individuals’ dignity and identity, sometimes even group cultural values, but they also enact abuses on the basis of a group characteristic such as the existing marginalisation of a group or community, particularly in the regions with ethnic tensions or in the communities with Roma population, children from refugee or internally displaced population.

High tolerance on violence and acceptance of the violent behavior as something ‘normal’ was found among many participants in the survey across the region.

From research in Serbia:

Since physical violence was the most present topic, there were differences according to when students considered that violence was acceptable behavior and when it was not. Several students expressed that violence is normal, but that the threshold is when knives or other weapons are involved.

Boy (high school): Its fine when we kick each other, when some people get into a fight and knock around a bit. It’s just normal. But when someone brings a weapon, it’s taking it a bit too far, than it gets serious. 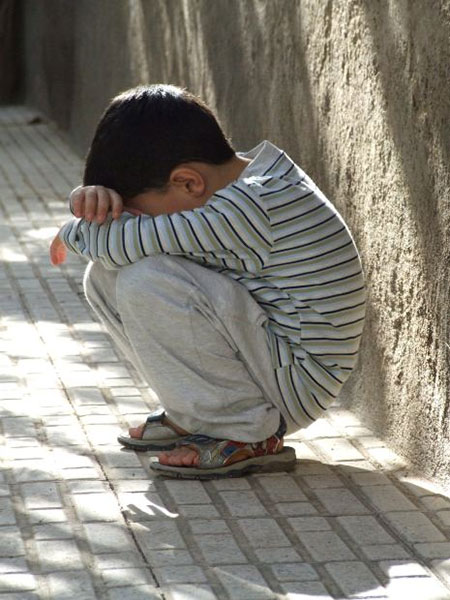 According to the research findings, young people feel particularly that they have to deal with violence by themselves, either by avoiding conflicts or by becoming part of a protective gang or group. They do not believe that those in authority will deal with it. In Kosovo schools , complaint boxes which should be a mechanism to deal with problems are going unused. In one case the school removed a complaint box claiming that ‘ there were no complaints in the boxes, when they opened them up.

Research showed an overlap between acts which are physical, psychological and symbolic and in some cases the combination of all three which poses severe threats to the dignity and freedom from fear among young population. The consequences of highly prevalent, frequent and diverse form of violence are severe at individual but also on the society level.