History of, and Rationale for the Concept of Human Security (HS) 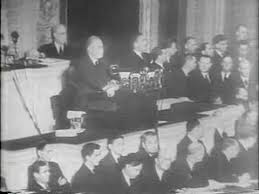 Human security is not new idea but it has had remarkable revival since last decade of Twentieth Century and it is rooted in a long trajectory of referencing the individual and individual rights in international politics (Sen, 2014).

Concrete ideas about what security means for the individual appear already in the Treaty of Westphalia (1648), where the issue of freedom and individual rights is viewed in contrast to the issue of national state security. The first legal sources of the protection of human rights are also the references for human security: The United States Constitution (1787), Declaration of the Rights of Man and of the Citizen (1789), as well as the Bill of rights (1791). Forerunners of HS can also be found within the documents of the International Committee of the Red Cross (founded in Geneva in 1863), the Geneva Conventions, The Hague Conventions as well as in the UN Charter, the Universal Declaration of Human Rights, etc.

The Organization of the United Nations (UN) was founded in 1945. Through the work of UN agencies: the World Health Organization (WHO), UNICEF, World Food Organization (FAO), Development Program (UNDP) and the High Commissioner for Refugees (UNHCR), the focus of security has thus shifted focus from the state to the individual. The first Human Development Report of the UNDP in 1990 pointed out that people constitute the real wealth of a state. The resolution of the Security Council (688) in 1991 was an important step forward in direction of adopting principles of human security, compared to the more traditional security framework. The framework of human security had then been systematically implemented into all future reports and initiatives of the United Nations. A report that had been absolutely seminal to the adoption and dissemination of the concept of human security was the UNDP’s 1994 Human Development Report, which put forward seven dimensions of human security: economic security, food security, health security, environmental security, personal security, community security and political security.

Agenda for Peace (1992)
“The time of absolute and exclusive sovereignty, however, has passed; its theory was never matched by reality.”
Boutros-Ghali, UN Secretary General

To make the concept of human security practical, four key features must be kept in mind: (1) Human security focuses on people (people-oriented) and considers the following questions: How do people live in a society, can they freely exercise their potential, what opportunities do they have; (2) Human security is of universal importance. It applies to all people, regardless of whether they live in rich or poor countries; (3) The components of human security are interdependent; (4) Human security is easier to achieve through early prevention rather than late intervention. All of these questions are important for the understanding and application of this concept (UNDP, 1994: pp.22-23).

Human and National Security: The traditional concept of security was based on the security of states and it was an outcome of the Treaty of Westphalia (1648). National security policy focuses on the territorial integrity of a state and its sovereignty, while human security puts particular emphasis on individuals and communities, specifically on those citizens in situations of extreme vulnerability – either because of war or because of social and economic marginalization. Security risks for people include threats and situations that, in terms of state security, are not always characterized as threatening. In addition, access to HS makes it necessary to increase the number of actors involved in the provision or improvement of HS, so that the state is no longer the only actor responsible for achieving security. The objective of human security is, after all, to protect people and to strengthen their capabilities.

Human Security and Human Rights: There is a significant conceptual difference between Human Security and Human Rights, although the two concepts are related (Sen, 2014: 18). Human Security focuses on sudden ruptures and downside risks that pose threats to the lives and wellbeing of individuals, and it pays more attention to the context in which threats appear and responses are developed. The differences appear also in regard to instruments and institutions by which they can be implemented. For example, human rights activists usually use legal instruments to prevent human rights abuse or to punish the perpetrator(s) of various crimes; human security uses economic, political and perhaps military force to protect its existence. Therefore, human rights are described as the essence of the normative framework of human security. Here it should be noted that human security is shifting from “the right to” to “the freedom from …” (e.g. from right to work to freedom from unemployment).

Eleanor Roosevelt (October 11, 1884 – November 7, 1962) was an American politician and activist. She was also called “The First Lady of the World” due to her struggle to adopt the Declaration of Human Rights.
Article 1
All human beings are born free and equal in dignity and rights. They are endowed with reason and conscience and should act towards one another in a spirit of brotherhood.
Universal Declaration of Human Rights

Human Security and Human Development: share the four essential perspectives: are human-centered, multi-dimensional, have a broad interpretation of long-term human fulfillment and focus on resolving chronic poverty. However, the concepts of HS and HD differ in:
Scope – Human security is narrower and it means providing vital capacity, yet HD means unlimited expansion of all abilities; Emphasis on Prevention – HS is more focused on prevention, mitigation and overcoming the threats that endanger the vital core of people (Lesson 01 05); Time Horizon – Both HS and HD deal with institution building but HD faces  more on long-term or permanent change whereas HS has a more short-term role. 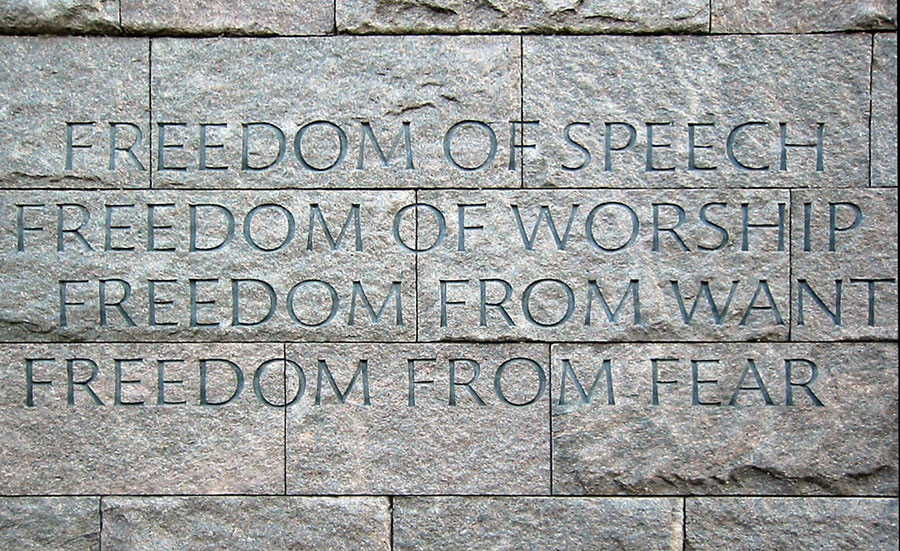