The broadest definition of the quantitative method is a “procedure of formalization of qualitative properties and relationships in keeping with strictly defined rules, in the course of which a particular experiential content is expressed numerically, and analysis is performed using statistical and mathematical processes” (Bogdanović, Mimica, 2007: 317). Implementation of quantitative methodologies in researching human security is widespread. Within each of the human security categories, specific indicators obtained using quantitative research techniques, primarily surveys, form the basis for various official statistic results.

For example, looking at economic security, the key quantitative indicators are related to income and employment of the population – level of income, reliability of incomes, etc. can be quantitatively expressed, as well as share of employment and unemployment, risk of joblessness, protection against unemployment (number of people included in various employment measures).

Labour market survey is an example of quantitative research which states conduct through statistical offices, aiming to monitor employment rates, unemployment, informal employment and population activity – i.e. indicators which are relevant for monitoring movements in the labour market. The survey method used in this instance is a questionnaire given quarterly (four times a year) to a representative sample of the general population of a specific country, on the basis of which, relevant data are then obtained using statistical analysis.

Animated data on employment rates in the EU, available at the Eurostat website, is shown below. 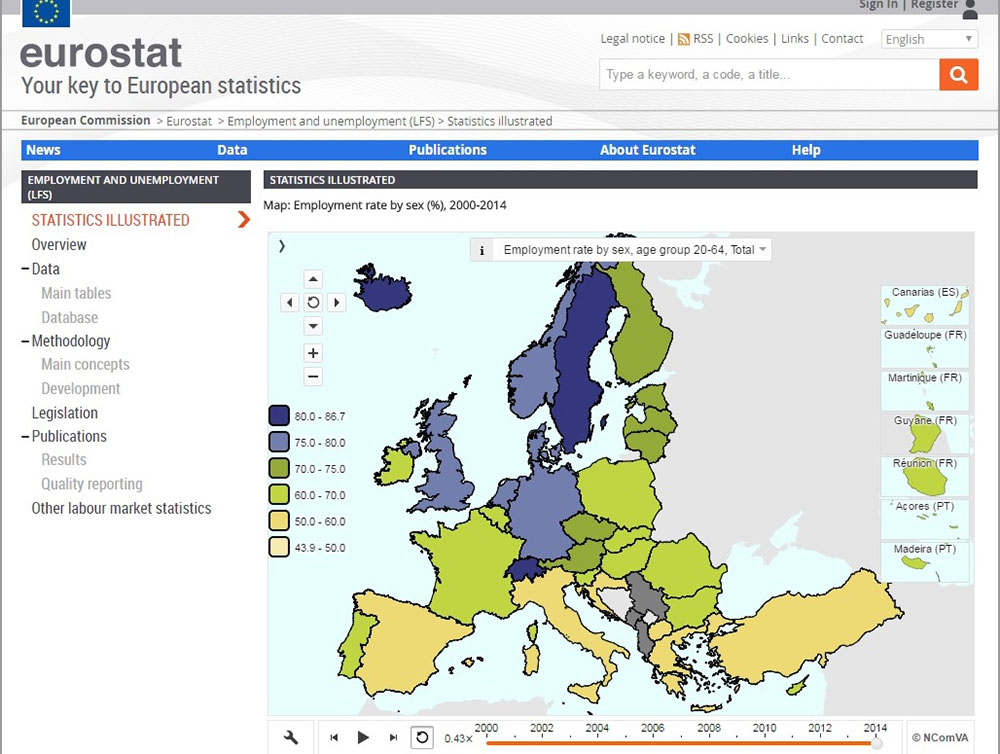 Looking at food security, availability and supply of food, access to basic food, share of household budget for food, access to food during natural or man-made disasters can be monitored using quantitative research, while one quantitative indicator of health security could be the accessibility of healthcare systems (share of population which has access to various healthcare services in a specific country).

One advantage of quantitative research is that research is conducted using large samples – very often these are representative samples for the entire population of a country – and data obtained can be comparable for monitoring various aspects of human security, both within one country (among various regions, in various time periods), and among different countries. The key disadvantage, however, is that analysis of quantitative statistical data alone fails to include the subjective aspect, i.e. the way individuals perceive their own security, and which is, in the redefined understanding of the concept of human security, of great importance. Also, quantitative approach usually do not pay enough attention to different aspects of specific individuals/communities in specific contexts and indicators are selected by researchers not by the people themselves, which involves an external intervention which may ignore or contest what individuals are actually experiencing.

In EU Statistics on Income and Living Conditions, complex composite measure of deprivation is calculated. Access to food is considered to be an important aspect of material deprivation. From the following table we can see that the average percentage of people in EU who cannot afford a meal with meat, chicken, fish or vegetarian equivalent at least every second day is 28. It is striking that more than half of the population in FYR Macedonia cannot afford such a meal. Countries in which a fifth of the population, or more, are facing this problem include Bulgaria, Serbia, Romania and Slovakia. 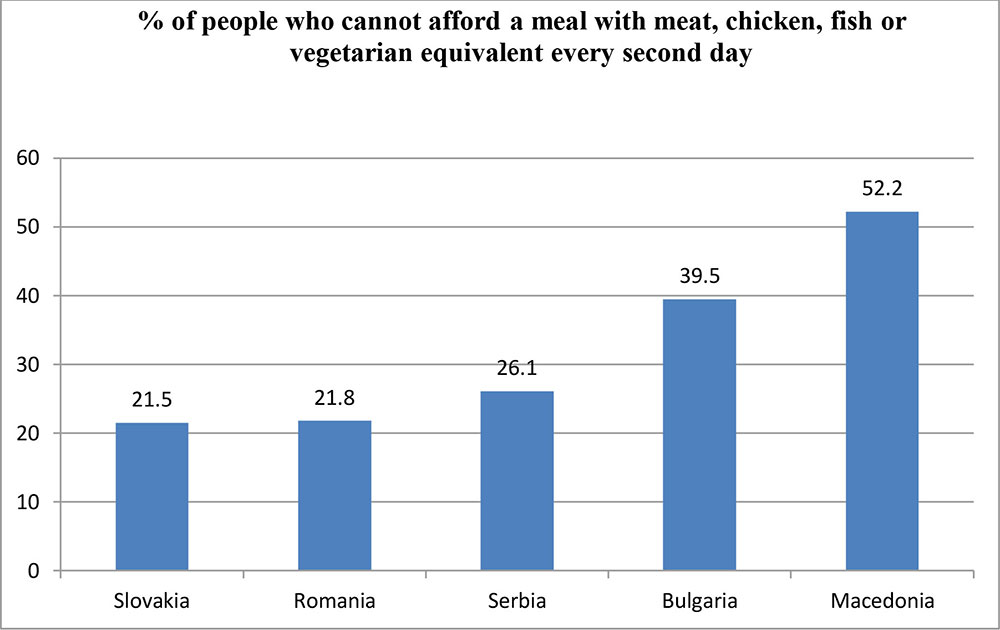