Even during the Cold War, the particularity of the Canadian approach to foreign policy was reflected in the emphasis on peace, security, development, disarmament, international cooperation and active campaigns for the removal of anti-personnel landmines. Adopting human security enabled Canada to continue being the “leading voice in the world arena,” and its “first main accomplishment” was the signing of the Agreement on the prohibition of use of the anti-personnel mines at the Convention in Ottawa (a.k.a. “Ottawa Treaty”) (1997).

One trivial example – which illustrates to what great degree Canada cares for its foreign policy of peace – can be found on the back of a ten Canadian dollar bill. The picture presents a peacemaker and the slogan “Au service de la paix” – “In the service of peace.”

The first document from the Ministry of Canada, which was solely dedicated to human security and entitled “Human Security: Safety for People in a Changing World” (DFAIT, 1999.), had shown a much narrower picture from the one the title had foreseen. Namely, human security is a wide and demanding security program, which focuses on general individual protection and empowerment and has been transformed into a post-conflict program for building peace. Due to the various reasons, including budget cuts, change in government, shift in international policies in the context of the War on Terror and a decision to support US policies, the program was later reduced to media campaigns and discussions on international law. Subsequently all mention of human security was removed from official documents.

The Canadian-transformed definition of security, which places the emphasis on solving confrontations, puts aside the question of reducing poverty and other issues of human security. This narrow understanding is explained by the following quote:

“believing that our interpretation is precisely giving the most added value to the concept of human security – by complementing the existing international agendas that are already dealing with the promotion of national security, human rights and human development.” (DFAIT; 2000.)

The culmination of Canadian foreign policy –in the sphere of human security– had been facilitated under its leadership of the International Commission for Interventions and State Sovereignty (ICISS), which had designed the concept “Responsibility to Protect” (R2P). This was a response to the new conditions in the post-cold war era, when the targets of the confrontations and violence were more often becoming civilians (such as the genocide in Rwanda, 1994).

At the Millennium Summit of the United Nations in 2000, the Canadian Prime Minister announced the creation of the International Commission for Interventions and State Sovereignty (ICISS) with the task of creating a global consensus on humanitarian intervention. In 2001 the Commission published their report under the title “Responsibility to Protect” (R2P). According to this report, states have the primary responsibility for protecting their citizens, but in the case that they are unable to do or, or when they themselves are jeopardizing their citizens, “the principal of non-interference will be withdrawn before the international responsibility to protect” (ICISS, 2011:11). 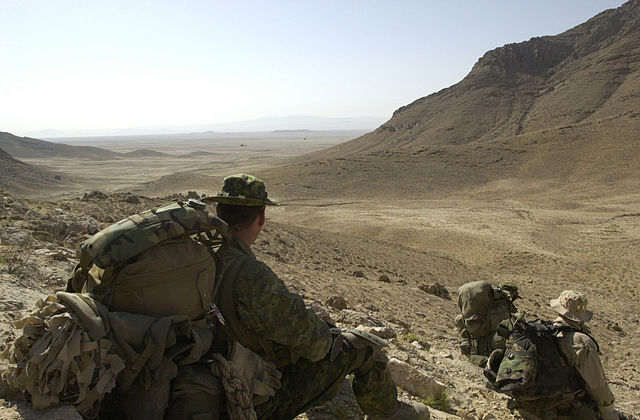 At the World Summit of 2005, the General Assembly of the UN had obligated itself to respect R2P, by committing itself to the responsibility of protecting citizens from genocide, mass killings and ethnic cleansing, and also by transmitting this obligation to the societies as entities, in case the governments are unable to fulfil their duties. It was the first time that governments in a collective manner had agreed that under certain circumstances, the safety of individuals and groups had to take priority over the security of the state, therefore rejecting the logic of the Westphalian sovereignty, and legitimising the idea of human security. R2P is not a new paradigm, given the fact that the state has to protect and secure its citizens, but the relevance of R2P is the decision that the international community can intervene in order to protect civilians. In order to define the responsible goals more clearly, the International Commission has classified this responsibility in three groups, in order to enable an easier decision making process. Those three groups of responsibility refer to prevention: where the most common preventive measures are early warnings, thus preventing or bypassing conflicts and confrontations. The second group of responsibilities is the responsibility for reaction: which includes the implementation of military intervention for the purpose of recognizing the causes, forcing authority and initiating swift responses. The third responsibility refers to restoration: an unstable and damaged society needs a transformation through the consideration of the questions of security, transitional justice, reconciliation and, at the end, development.

The International Commission represented a model to be followed concerning the approval of an intervention. The first degree of acceptance is in the host state, but as reality is somewhat different and as current experiences show, the host state would never accept an intervention on its territory, as this is still considered a violation of sovereignty. Precisely for that reason, this decision has thus far not been considered by the governing body of the United Nations, the Security Council. In the case where there is no unanimous decision of the permanent members of the Security Council, such a decision is taken over by the United Nations General Assembly, which will most often be able to initiate the question on special sessions before all the member states. The next body with legitimacy of decision making would be regional organizations. There is a growing number of regional organizations in the world and their influence should in no way be disregarded or undermined. For example, the decisions of the European Union (see lesson 0103) can have a great influence on the decision-making process. But for something like that, it would be necessary to have the approval of the majority of the member states, otherwise the decision will be blocked by the strong influences of certain states. However, before them, one such decision can also be made by military coalitions, which would actually be in charge of conducting the intervention under the idea of protecting security and providing the necessary aid to the threatened population. This whole administrative chain of giving and taking responsibility, as it has been shown, finally ends on a national level of individual states.

The key problems of conducting the R2P in practice are: a lack of clear guidelines on how to best protect the civilians, hesitation by the UN Security Council to fully accept the protection of civilians, the use of force to protect civilians is perceived as damaging to sovereignty, and also political interests prior to sovereignty – all of which can be reasons that prevent the states from intervening.

Ten years after the World Summit in 2005, the Canadian Center for R2P led a new campaign under the title “R2P at Crossroads,” which has the goal of reconsidering the normative journey of the R2P in the last decade, since 2005 to 2015, particularly after the infamous application of this approach during military intervention in Libya which contributed to the loss of its’ credibility.