Promotion and implementation of human security policies at various levels

Human security policy, as an example of tangible decision-making, is a practical policy. Thus, it is a set of actions which can be directed at the level of public goods, such as taxes, healthcare, education and security. In this case, decisions relating to human security are made in the public interest, at various levels. And in reality, threats to human security come from various levels, so protection policies also need to be developed and implemented at various levels. For example, global warming or weapons of mass destruction represent threats at an international level. At a regional level, threats can include organized crime, narcotics trade, economic underdevelopment and environmental pollution. Threats like corruption, repression, lack of educational opportunities can express themselves at a national level, and at the local level, where human security may be threatened by underdeveloped infrastructure, social conflict, xenophobia, etc.

UN Trust Fund for Human Security (UNTFHS) jointly founded by the UN and the Government of Japan in 1999 was set up to promote HS as a methodology for addressing crises and insecurity. Through funding it enables UN agencies, governments and civil society to implement HS programs on the ground. A year after launching UNTFHS, the Millennium Development Goals were adopted in 2000, setting guidelines for development policies at the global level.[1] Coordination with development goals thus began, and UNTFHS began putting human security projects into practice. Two bodies were established to assist with proper implementation of human security projects – the Advisory Board on Human Security in 2003, and the Human Security Unit in 2004. The Board has a variable number of members and serves as an advisory body for the entire organization and the Secretary General of the United Nations. The Human Security Unit enables the concept of human security to be implemented on as many levels as possible, in as many countries as possible, and develops practical tools for implementation of human security policies.

Another important group is the Friends of Human Security (FHS)–an informal, open forum from New York, where UN countries and other international organizations meet to discuss human security issues and enhancing human security. The Human Security Network (HSN) is probably the most significant international network, founded in 1998. This informal network, bringing together 12 countries[2], headed by Norway and Canada, focuses on developing joint policies, development strategies, priorities and issues of importance for human security.

Civil society has been involved in developing the human security concept from the very beginning. A large number of non-governmental organizations working internationally dealing with human rights, in an indirect way provide support for human security. Some of the most prominent international NGOs are: Amnesty International, an international movement involving over seven million people, making it the largest campaign for promoting and caring about human rights in the world; International Alert, founded in London in 1986, working on prevention of violent conflict through its offices in over twenty countries; Anti-Slavery International, operational at all three levels – international, regional and local, working against all forms of slavery; CARE, a leading humanitarian organization working to reduce risks from disasters and fighting poverty; Human Rights Watch was founded in 1978 and has since tirelessly been collecting facts on human rights abuse, media manipulation and has provided a platform for partnership for all groups, from the local to the international level; International Committee of the Red Cross – ICRC, an international non-governmental organization based in Geneva, three-time winner of the Nobel Prize; Save the Children, the leading international organization for protection of children’s rights and children’s security.

In parallel with the establishment of organizations and funds involved in the promotion of human security, or indirectly contributing to the achievement of human security, there have been initiatives on the definition of instruments that will be important to implement HS programmes on the ground.

Another important instrument that should be mentioned is The Convention on the Prohibition of the Use, Stockpiling, Production and Transfer of Anti-Personnel Mines and on their Destruction, known informally as the Ottawa Treaty, the Anti-Personnel Mine Ban Convention (1997), or often simply the Mine Ban Treaty, aims at eliminating anti-personnel landmines (AP-mines) around the world. To date, there are 162 States Parties to the treaty. One state has signed but not ratified (The Marshall Islands) while 34 UN states including the United States, Russia and China are non-signatories, making a total of 35 United Nations states not party. The Treaty is the best framework for solving the problems still posed by antipersonnel mines all over the world. The mobilization of thousands of ordinary citizens, through the ICBL campaign network, played a crucial part in the adoption of this international treaty, and continues to play a central role in its universalization and implementation today.

Such documents include the Ottawa Treaty on Landmines from 1997 (Lesson 01 02), the Rome Statute of the International Criminal Court from 1998, protocols and the Convention on the Rights of Child from 2000, Convention against Transnational Organized Crime and the Convention against Torture from the same year, adopted under the influence of concern for human security. All these documents were drafted after negotiations which were directed at human rights protection, supported by developmental needs.

The African Union began its road to establishing human security across the continent after 2001, when the AU replaced the Organization of African Unity. The AU human security agenda in the areas of peace and security is clearly expressed in the Constitutive Act (CA) of the African Union. The Act empowers the Union to intervene in the affairs of a member state in order to ‘prevent war crimes, genocide and crimes against humanity’ (Tieku, 2007). In order to facilitate this, the AU established the African Standby Force (ASF).

Some of the regional non-governmental organizations include: The Asia Foundation, working to maintain peace in the Asia-Pacific region, the African Centre for Treatment and Rehabilitation of Torture Victims, operating in Uganda since 1993, the Enough! Project which aims to prevent genocide crimes against humanity, and many others. 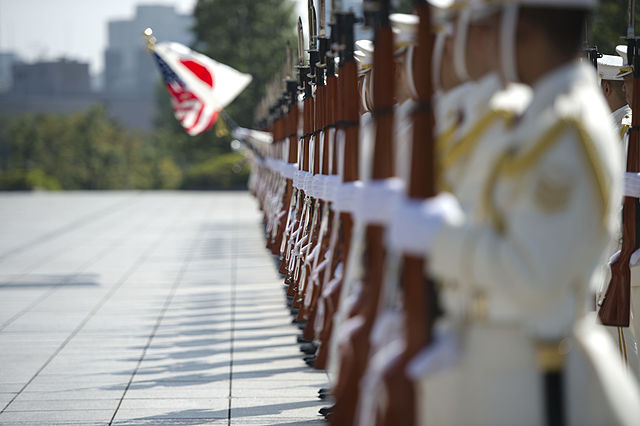 Each of these countries equally participated in promoting the human security concept, although they were dealing with different issues within this area. Canada, with its Human Security Agenda, paving the way for signing a treaty on banning landmines, tried to position itself as the world leader in this area (Hampson, 2012). The Canadian concept of human security focuses on solving conflicts and providing support for peacekeeping operations. Although very influential in Canadian policy at the time, the government has since scaled back on its commitment to human security policies in favour of supporting the US Global War on Terror after 9/11.

In Norway, similar to Canada, freedom from fear is at the forefront of its human security policy. This European country turned to the human security concept for prevention and focuses on protection of individuals.

The Report of the UN Secretary General on adopting the UN Resolution (66/290) “Follow-up to paragraph 143 on human security of the 2005 World Summit Outcome” indicates that many other countries incorporated the human security concept into their national policies, as a means to empower national programming for reducing disparity and inequality (Mongolia, Ecuador, Thailand, Kenya, Mexico, Lithuania, Libya, Palestine). In paragraph 3 of that resolution, the Assembly agreed on a common understanding of human security which included the following: (a) the right of people to live in freedom and dignity, free from poverty and despair. All individuals, in particular vulnerable people, are entitled to freedom from fear and freedom from want, with an equal opportunity to enjoy all their rights and fully develop their human potential.

Non-governmental organizations also contribute to implementation of human security at the national level. Some non-governmental organizations which operate at this level are: Canadian Human Security Program, the Palestinian Independent Commission for Citizens’ Rights, Sisterhood is Global Institute – Jordan, Geneva Centre for the Democratic Control of Armed Forces and Geneva Centre for Security Policies.

The Convention was opened for signature by States in Ottawa on 3-4 December 1997. The Minister of Foreign Affairs of Canada, pictured here, was one of 122 high level representatives that signed the Convention during that two day period. By signing the Convention States indicated their agreement with the Convention’s object and purpose and an intention to ratify the Convention. As of 1 September 2008, 156 States had ratified or acceded to the Convention.