Gender based violence as a human security issue

Violence is an important human security issue and can be seen as a unique proxy to human security as it impacts at the individual level, it arises out of social relations and it impacts on freedom from fear, want and dignity. There is no universally accepted, agreed definition of violence. However, research on violence over the last several decades moved from the reductionist approach, according to which violence was mostly understood in terms of physical harm, towards a more comprehensive approach which includes a variety of violence manifestations – direct and indirect, interpersonal and structural, physical, emotional, economic and others.

One of the most influential authors in this field, Johan Galtung, claims that “violence is present when human beings are being influenced so that their actual somatic and mental realizations are below their potential realizations” (Galtung, 1969). This means that there is need not only to focus on direct bodily implications of physical violence, but also look at violence as a way of limiting people in their everyday lives.

The World Health Organization defines violence as ‘the intentional use of physical force or power, threatened or actual, against oneself, another person, or against a group or community, that either results in or has a high likelihood of resulting in injury, death, psychological harm, maldevelopment or deprivation’ (WHO, 2002).

Gender based violence is a phenomenon which is deeply ingrained in gender inequalities, primarily in the disproportionate power of women and men which pervades society, both in the public sphere (politics, economy) and in the realm of private, intimate and family relationships. When it comes to the Western Balkans and Turkey, this inequality in power is embedded in the patriarchal culture and its patriarchal institutions, characterized by the domination of men. It is very important to understand gender based violence, including family violence, as a manifestation, a form of expression of this power in an environment where value models at least tolerate, if not support, these manifestations of inequality, but also in an environment where there are no efficient institutional sanctions for expressing these inequalities through violence.

According to the Council of Europe Convention on preventing and combating violence against women and domestic violence (the Istanbul Convention), gender-based violence against women is violence that is directed against a woman because she is a woman or that affects women disproportionally. Violence against women is understood as a violation of human rights and a form of discrimination against women and means all acts of gender‐based violence that result in, or are likely to result in, physical, sexual, psychological or economic harm or suffering to women, including threats of such acts, coercion or arbitrary deprivation of liberty, whether occurring in public or in private life. “Domestic violence” means all acts of physical, sexual, psychological or economic violence that occur within the family or domestic unit or between former or current spouses or partners, whether or not the perpetrator shares or has shared the same residence with the victim.

Data for Bulgaria are available based on the FRA survey and as the survey was conducted across the EU, prevalence rates can be compared between member states. From the following graph, we can see that Bulgaria, with 23%, is among EU countries with a higher prevalence rate of physical and/or sexual intimate partner violence. 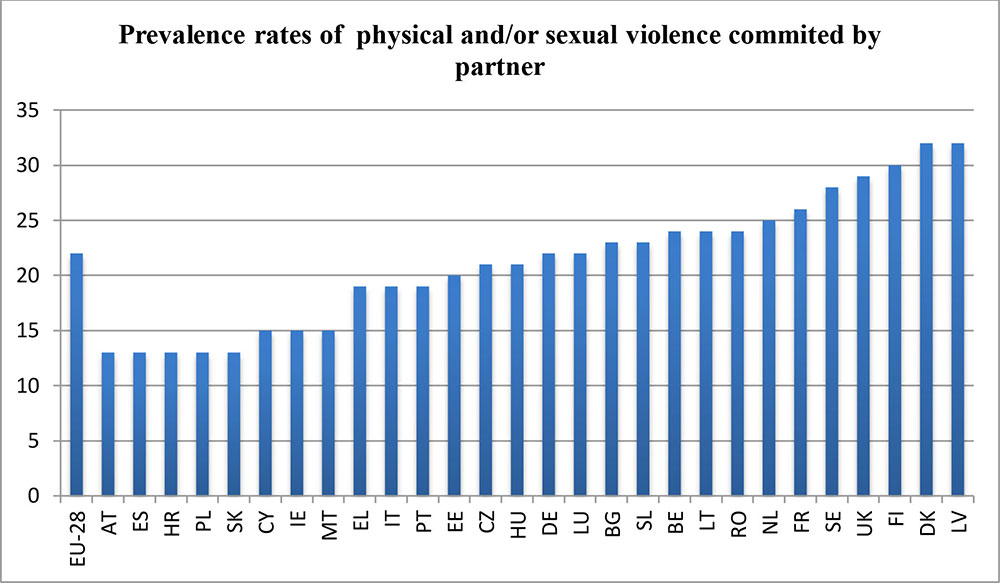 Data for Serbia from 2010 indicate that half of adult women were exposed to some form of domestic violence (physical, sexual, psychological, and/or economic) since the age of 15 and that the most prevalent form is psychological violence. 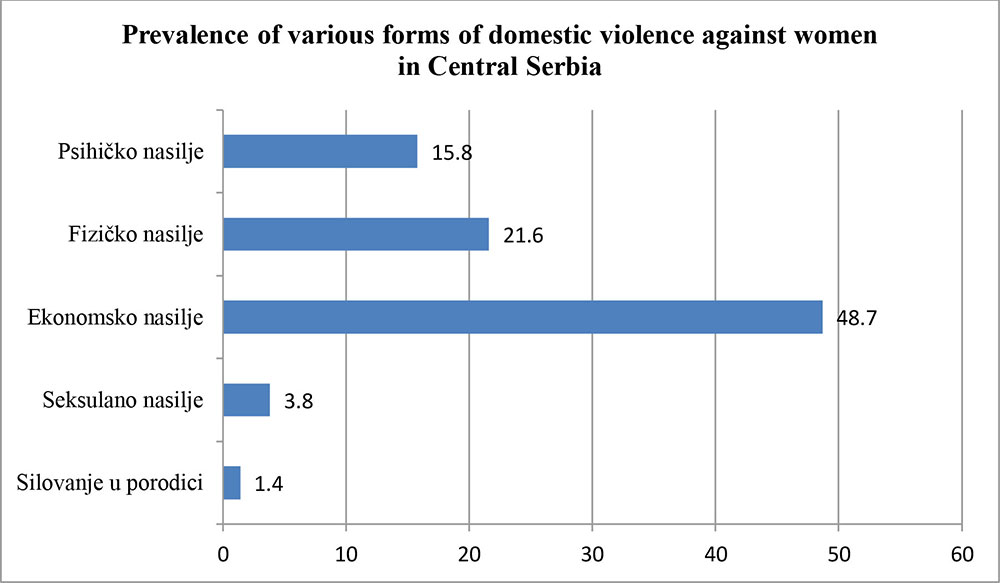 Data from Bosnia and Herzegovina similarly show that almost half of adult women (47.2%) were exposed to some form of gender based violence. The most frequent form of violence is intimate partner violence which was experienced by 38% of women (Babović, Ginić, Vuković, Prevalence and Characteristics of Violence against Women in Bosnia and Herzegovina, 2013).

In Turkey, 36% of women have experienced physical and 12% sexual violence by their intimate partners since they were 15 (Republic of Turkey, Ministry of Family and Social Policies, Domestic Violence against Women in Turkey, Summary Report, 2014). Forced marriages still represent a widespread form of violence against women in this country, especially among under-age women, as 20% of girls married before age of 18 were forced into marriage by their family, without their consent. 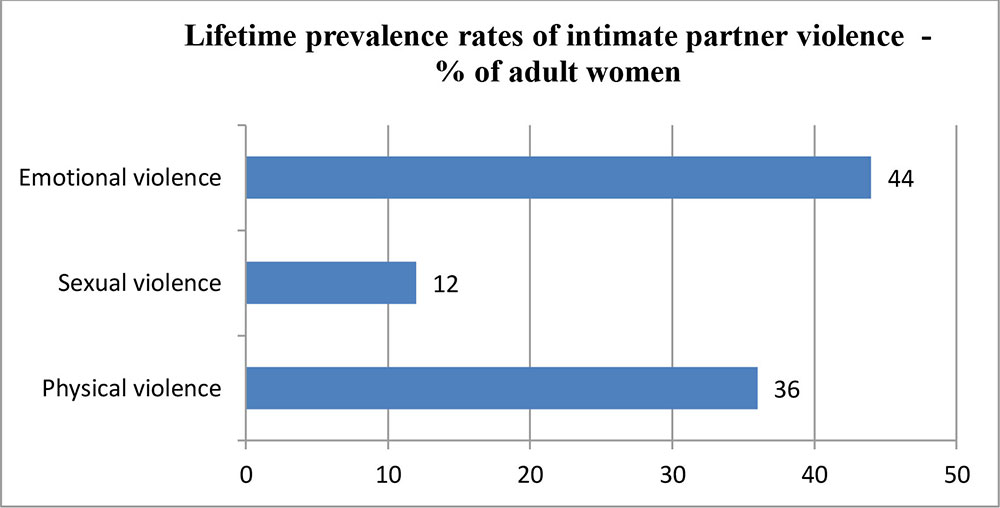 Policies and institutional mechanisms are of key importance for combating and preventing gender based violence. The Istanbul Convention represents a key international framework for tackling the problem of GBV. Bulgaria has not yet signed this Convention. Turkey ratified the Convention in 2012, while Serbia, Bosnia and Herzegovina and Montenegro ratified it in 2013.