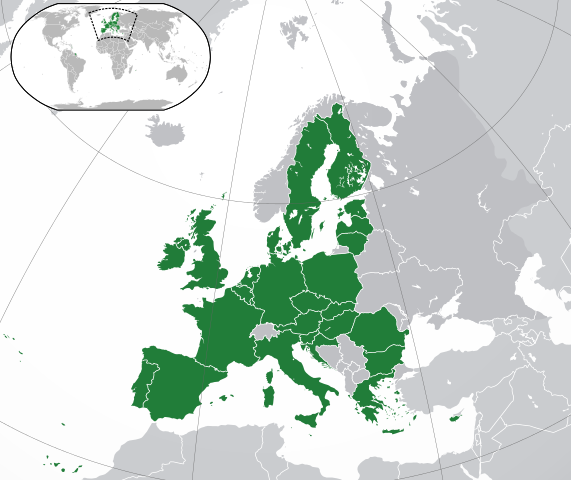 Many of the general principles of HS have been incorporated into the European Union’s policies on security and foreign policy although it remains controversial in many Member States. Several references that have become a part of the HS agenda are stated in the European Security Strategy from 2003. For example, it is stated that “security is a precondition for development” and it also admits that in a large number of developing states, poverty and sickness are causing unspeakable suffering and are thus leading to the urgency of greater security measures. This commitment has also been confirmed in the HS doctrine for Europe in The Barcelona Report of the Study Group on Europe´s Security Capabilities, 2004. which is one of the key documents in establishing the EU’s approach on human security (see also LSE Approach, Module 1, Lesson 4).

According to the doctrine on human security, there are three reasons why the European Union needs to accept and develop the HS approach:

Moral reasons: This is based on ‘our common humanity’ and the argument that all human beings have a “right to live with dignity and security, and a concomitant obligation to help each other when that security is threatened.” It maintains that Europe, as a rich power, is obliged to contribute to this common humanity.

Legal reasons: Articles 55 and 56 of the UN Charter call for the promotion of universal respect for human rights, and the EU’s Constitutional Treaty explicitly recognise the EU’s obligation to abide by these principles.

“Personal interest”: Europe cannot be safe if the rest of the World is not safe, as, each of these concrete actions is mutually beneficial. This approach, represents the security threats in a new light (for example, the possibility of the radicalization of poverty in moving in the direction towards terrorism, has been emphasized) and are placed at the top of the political agenda.

A human security doctrine for Europe is the document which explicitly defines Europe’s responsibility to act independently and, if necessary, to act outside of the European borders (compare with the lesson 01-02), with the aim to improve Human Security. This responsibility has been clearly expressed in the following statement: “The EU approach to human security means that it should contribute to the protection of every human being individually, and not only to concentrate on defending its own borders, which is a characteristic approach for the national states.”

After the report from Barcelona, the Study Group for Security had published the Madrid Report in 2007, with further development of the approach of human security for the EU, and anticipated methods of its institutionalization in the context of the European Security and Defence Policy (ESDP). The Madrid Report highlights that: Human Security is about the basic needs of individuals and communities in times of peril. It is about feeling safe on the street as well as about material survival and the exercise of free will. It recognises that ‘freedom from fear’ and ‘freedom from want’ are both essential to people’s sense of wellbeing and their willingness to live in peace. (Albrecht et al., 2007, p. 3).

The key guidelines of the Treaty of Lisbon[1] reflect a wider approach to security, which means that they clearly move away from the more traditional comprehension and thus divert their attention increasingly to the security of people. Although the Treaty does not mention the expression of HS explicitly, the significance of this concept is recognizable in the text about the strategic aims of the Common Foreign and Security Policy (CFSP) and within the respective general guidelines. The first test for an EU policy presented like this one was the crisis in Libya, which started in 2011. The European Union designed a military operation in 2011, but was never conduct it. After that there was great criticism on account of their lack of resolve during the Libya crisis and their reluctance to take an initiative to solve the Libyan issue. When France, as one of the EU states, took the initiative alongside Great Britain –which had been included in the process from the start– the NATO intervention officially began.  It included fourteen NATO state members, out of which ten are also the member states of EU. Thus, regardless of constant advocating for common foreign policy and the need to coordinate it with the Human Security doctrine, high military politics and the resolving of international problems by force –as well as neglecting the basic principles of human rights– had prevailed.

Two years after this failure, in 2013, a decision was made to send a civilian mission to support Libyan authorities and the development of the capacities for a short-term improvement of the security of the Libyan border, as well as for helping in the development of a wider strategic integration for a long-term managing of the border. This mission –known as EUBAM Libya– is still active, and the costs of this mission amount to 26 Million Euros annually. This mission, alongside the EUBAM mission in Moldavia and Ukraine, is an example of how EU civilian missions follow the prescriptions of the Madrid Report.

This example, beside some others, clearly shows that there is a gap between the doctrine and the institutionalized development of Human Security in the EU. Within the institutional framework of EU there are differences in the commitment to the HS approach, with the European Commission and Parliament more supportive to the approach and the European Council, particularly member states such as France and the UK (prior to Brexit), less keen on HS. The incorporation of HS into EU security policies for the following period is presented in the Global Security Strategy published in 2016.

[1] (“The Treaty on changes and additions of the Treaty  on creating the European Union, came into effect on  December 1,2009)